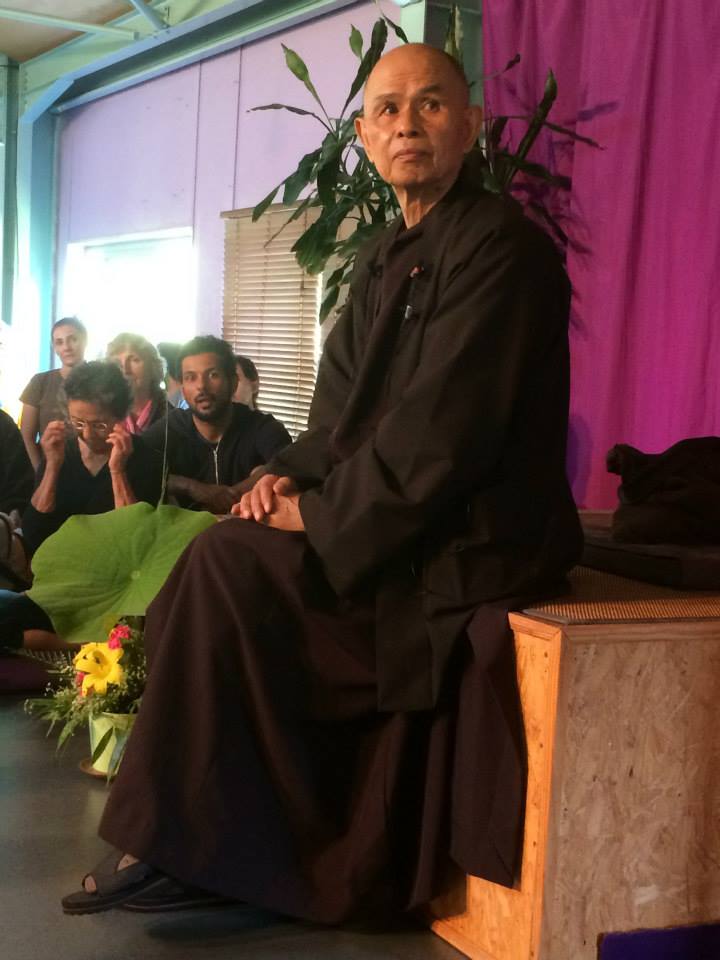 The 11 October was my teacher Thich Nhat Hanh’s 93rd birthday. We say ‘happy continuation’ as Thay teaches there is no birth and no death – only continuation.

I am so grateful for the causes and conditions that caused his manifestation in this crazy world. He is a shining embodiment of deep practice, compassion and love. Thank you for your teaching of wisdom and compassion dear Thay.

Without Thay millions around the world would not know about the practice of mindfulness. When he was in Ireland in 2012 the Irish Times called him the ‘grandfather of mindfulness’. He is a Zen Master, a scholar and a poet. He was nominated for the Nobel Peace Prize by Martin Luther King. And he’s also a happy gardener as he said ‘if I did not plant lettuce I could not write poems’ 🥬

I would not be teaching mindfulness if were not for Thay and the Plum Village community he founded. I have been so, so fortunate to benefit from his precious teachings, I vow to continue to keep practicing and sharing the practice as best as I can.

I took this picture (above) on the 21 Day retreat with Thay in June 2014 at Plum Village, France, where he was giving 2 hour talks 5 days a week! He suffered a massive stroke in November 2014 but is doing well and now living back in his root temple in Hue, Vietnam 🇻🇳 where I lucky enough to visit with him and the sangha in 2007💗

If you would like to find out more about Thay and his teachings, please go to www.plumvillage.org

This site uses Akismet to reduce spam. Learn how your comment data is processed.