Our Mindfulness Works and Wellbeing courses can help you and your people more be more productive, creative and fulfilled.

It is very important that the mindfulness and wellbeing teacher you choose follows UK best practice guidelines and is registered and accredited. See Bridgeen’s listing on bemindful.org here.

Mindfulness is more than a tool it is a way and path to become a happier and more fulfilled human being. Just the sort of person you want working with you and for you.

Successful and fulfilled people can manage their stress, remain objective, be responsive rather than reactive, show compassion to themselves and others as well as build trust with colleagues and stakeholders. Mindfulness training has been clinically proven to help build these resources, as well as building confidence and resilience.

Can you put a figure on how much your organisation loses through stress-related absenteeism?

The UK Health & Safety Executive (HSE) estimates that 12.5 million working days were lost due to work-related stress, depression or anxiety in 2016/17 – mindfulness training can help prevent and manage this. See the latest report here.

WATCH this short film where CBC’s News Anchor Anderson Cooper from America’s ’60 Minutes’ explores the practice and benefits of mindfulness.

Who should attend an Immeasurable Minds for business course?

What are the benefits of an Immeasurable Minds business course?

One-to-one coaching in mindfulness and wellbeing techniques for greater calm and clarity at work. Increase your capacity to focus and get away from the myth of multitasking. Download the application form for one to one mindfulness coaching. Contact for more info and to book: info@immeasurableminds.co.uk

A tailor-made one-hour introduction to Mindfulness. Find out what mindfulness is and get a chance to experience the practice first hand and ask questions. Bridgeen is experienced at giving talks on mindfulness and wellness for up to 500 people. Contact for more info and to book: info@immeasurableminds.co.uk

These enjoyable workshops enable attendees to gain a fuller insight into the practice of mindfulness and self-compassion, plus the opportunity to de-stress! Contact for more info and to book: info@immeasurableminds.co.uk

The training consists of 4 x 60 or 120 minute group sessions which can be taken on a weekly basis or flexibly over a longer or shorter period of time. Participants learn how to use mindfulness in daily life. These sessions are held in the workplace at any time of day. Individuals normally attend once a week and practice the techniques daily for 10 mins with a downloadable MP3. By the end of this course, the participants will have a good working knowledge of effective techniques that can give them a competitive edge and enhanced wellbeing. Contact for more info and to book: info@immeasurableminds.co.uk

One- or two-day experiential courses to allow a deeper dive into mindfulness and self-compassion practices, enabling participants to learn and experience the main practices of mindfulness so they can develop their own personal practice and be more effective in both their work and home life. Offered in a ‘retreat’ setting, courses can be developed on a bespoke basis. These are a proper ‘away day’ experience. In 2018 I offered 7 days of mindfulness for local charity Cause. I also offered a ‘retreat’ format for social workers from the local Health Trusts and the Extern Organisation. In February 2020 Bridgeen delivered two retreat days at Belfast Castle for the Youth Justice Agency – they loved it. 🙂 Contact us for more info and to book: info@immeasurableminds.co.uk

Traditionally taught weekly over a two-month period, this is the gold standard for mindfulness training. The effectiveness of this programme has been tested and researched for over 30 years. This course requires a big commitment on the part of your organisation. Now offering the latest up-to-date and researched program from the Oxford Mindfulness Centre. Participants come to a two-hour class every week for eight weeks and also complete a full day retreat, as well as committing to 45 minutes of home practice daily. A comprehensive workbook and MP3 practice downloads included for each participant. If you seriously want to bring about transformation this is the course to do. Contact us for more info and to book: info@immeasurableminds.co.uk

I have been delivering these 2-hour workshops to the public every month since May 2014 and I can also deliver them privately to your group or organisation. I have offered these workshops across NI and in Australia. An introduction to mindfulness and self-compassion is a great way to give your people a boost and to help them become happier and more relaxed with great tools to take away. Contact for more info and to book: info@immeasurableminds.co.uk

8. Inspirational talks at your conference or event

I’m an experienced deliverer of ‘talks’ on the benefits and power mindfulness and wellbeing practices to transform and inspire. I do this on a regular basis, for example in for ‘Galentine’s night’ on the 13 February 2020 I gave a talk on wellbeing including ‘chocolate meditation’ for Evolve Women. In April 2019 the 26th Annual Scientific Meeting for the Ulster Gynae Urology Society (UGUS) took place in Craigavon, I addressed the conference and talked about mindfulness for pain. I also spoke at the Galgorm Hotel to a group of KPMG Tax consultants in May 2019. In June 2018 I spoke to 400 people in the Great Hall, at Queen’s University Belfast for the Faculty of Medicine. For the past five years I’ve given a talk to counselling students at the Northern Regional College. I gave a 12-minute talk for TEDxStormont in September 2014 to 200 people and six cameras! In February 2015 I talked to 70 Chief Executives at the Chief Executive’s Forum in Belfast. In March 2012 I gave a talk on mindfulness to 50 Senior Managers in the Social Security Agency. In June 2015 I’ve delivered talks for Women in Business, RSM McClure Watters and Tesco. In 2017 I ran sessions for the Allied Irish Bank, Tesco, Workspace, Smarts Communicate and Tourism Ireland.

Organisations Immeasurable Minds has worked with, include: 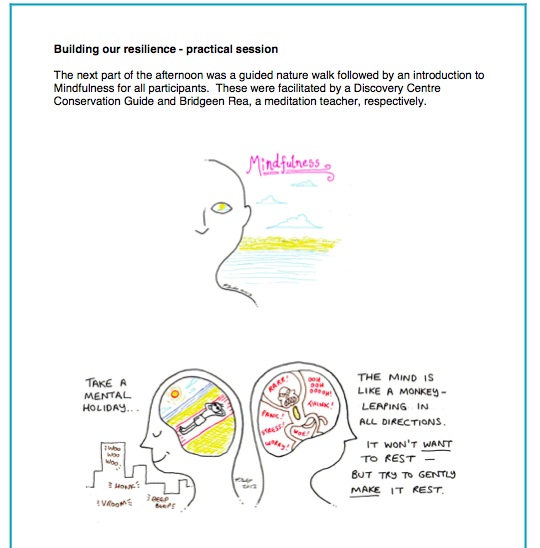 This testimonial from Mervyn at the Northern Regional College (NRC) is quite long and detailed so i have put it on a link – enjoy! 🙂 Links on the benefits of mindfulness in business Mindful.org, March 2014: A relaxed mind is a productive mind INSEAD, July 2014: Why Mindful Individuals Make Better Decisions Women in Business, Sept 2014: Mindfulness for wellbeing and greater happiness Harvard Business Review, Feb 2015 tell us how Meditation literally changes the brain & the business benefits of this. Stanford News, May 2015, Compassion is a wise and effective managerial strategy, Stanford expert says UK MPs are calling for mindfulness to be readily available BBC report, Oct 2015.

What is mindfulness? 3 reasons why it’s a miracle

Curious? What are the 4 Immeasurable Minds?