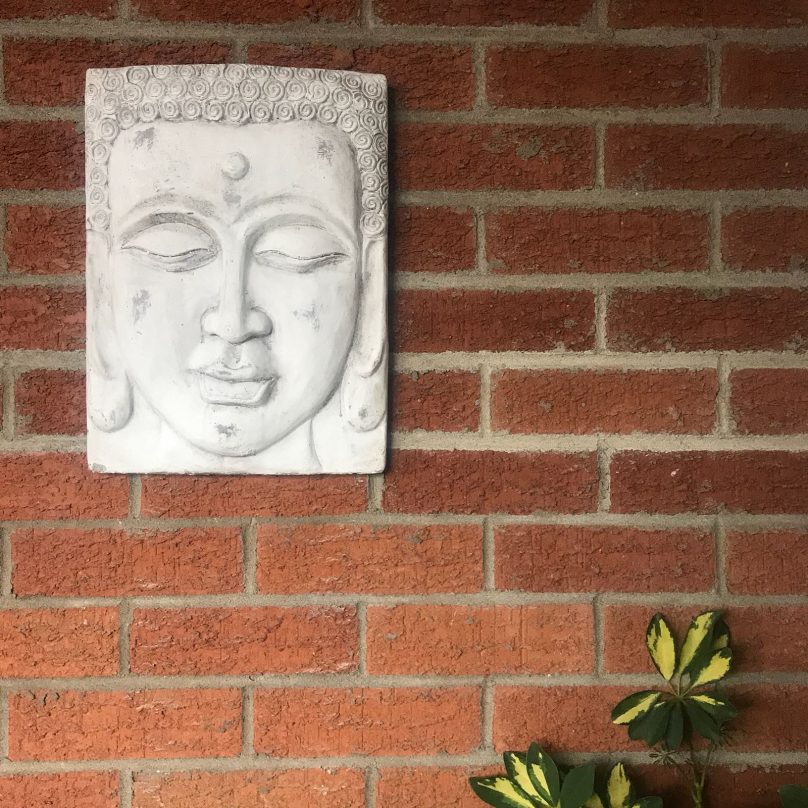 If I had a pound for every time someone from my classes decided to buy the book “Who ordered this truck load of dung?” by Ajahn Brahm I’d be a rich lady! I frequently read stories from this wonderful book to my different groups and workshops – EVERY.single.time someone comes up at the end and says ‘what’s the name of that book again?’. Often I tell them to take a picture of it with their phone as I know they want to go home and order it online. Frequently people have told me they’ve ordered multiple copies for friends and family. One women told me she bought ten copies for friend and another bought ten copies for all her work colleagues at Christmas. Yes I only have the best and loveliest of students who seem to do kind and random things like that!  (You may have to search for the book under it’s other, perhaps more acceptable title ‘opening the door of your heart’.)

Ajahn Brahm being a renunciate or poor Buddhist monk doesn’t actually make any money either instead all the profit goes into the Buddhist Monastery he heads up in Perth, Australia. He’s one of my few heroes that I’ve never actually met in real life, one day I will meet him and tell him solely responsible for the sale of hundreds of copies of that book! Maybe that’s why you can’t even buy it from Amazon these days (though you can buy it there via resellers).

Of course I’m actually not responsible for the sale of the book, it is the wonderfully funny and simple stories that must take that credit. The varied stories illustrate points that touch people and that they can remember them. One of my many favourites (that I could almost recite without looking at the book) is ‘Two bad bricks’.

In this tale Brahm tells the story of his time building the Perth, Australian monastery and how they had to do everything themselves even building walls. Learning the skills of bricklayer was not easy for a former academic, but eventually he succeeded in building a brick wall, but as soon as he had finished he realised – oh no! – there were two mistakes in the wall, two bad bricks! He wanted to destroy his work and start again, but the Abbot wouldn’t allow it, so for months he avoided going past that wall and when he did all he could focus on was the two bad bricks.

One day a visitor to the centre causally remarked that his wall was ‘a very nice wall’. Brahm thought the man had gone mad! Could he not see those two awful and glaring mistakes?! What the visitor said next changed his life, yes he could see the two bad bricks but he also the 998 good brick too and since the 998 far out weighted the two bad ones he choose to focus on them and see the big picture! It was in fact a good job and a very nice wall.

Wow, such a metaphor for how we view ourselves, how harshly we judge ourselves. Do you find yourself judging and condemning yourself for a gaffe you’ve made? Writing yourself off completely because of a flaw? Feeling horrified by mistake like Ajahn? Well the moral of the story is that we all have our two bad bricks. We are all human, we all make mistakes – nobody, not even a Buddhist monk is perfect, but all of us also have our 998 good bricks.  Above, below and all around the bad bricks of our life or personality are the good bricks, the kinds acts, the talents and abilities, the fortitudes and disciplines, the love and the compassion. We are more than our flaws, missteps and mistakes. This story reminds us to remember that lest we condemn ourselves to misery.

There is of course more detail to this story than I have summarised here and like many of the stories in this book it ends with a funny little anecdote – but you’ll have to buy (or borrow) the book to read it! I’m sure I’ll get my commission in another form J

This site uses Akismet to reduce spam. Learn how your comment data is processed.