On this day, 17 April, six years ago (2012) Thich Nhat Hanh said six words to me. It was a big day that’s why I can remember his words. I shall explain. I have been a ‘super-fan’ of Thay (as he is known to his followers) since first seeing him in Plum Village, France in July 2005. His peace and his presence blew me away. I was overwhelmed and in a way I fell in love with this old man (he’s now 91!) who has been a monk since he was 16.

I was already practising mediation and teaching yoga, I stayed on ashrams and Buddhist centre’s around the world, but Plum Village was on a different level it was full of sunshine, pink lotus and joy! How wonderful! I immediately signed up and took the Five Mindfulness Trainings (Buddhist precepts) and was given the name ‘Peaceful Gift of the Heart’.

I vowed to return to Plum Village every year and I did. In 2006 attending the neuroscience week, in 2007 I went to Vietnam with Thay and the Sangha, and to Plum Village and a retreat in Nottingham and even to Blue Cliff (Plum Village in New York!), and I did it all again in 2008. I was on a roll, I’d discovered my ‘thing’.

In 2007 I’d also found Mindfulness Ireland (Thich Nhat Hanh’s community in Ireland) and started a sangha in my house. I continued to go on regular Plum Village retreats and had started teaching mindfulness and studying for my Masters in Mindfulness, at Bangor University, Wales.

In May 2011 I was on retreat in Dublin with some visiting Plum Village monastics (I was on the Mindfulness Ireland committee at this point) and all the excitement was about Thay’s proposed visit to Ireland. I wanted to mention Northern Ireland in the invitation letter but I never dreamt that he’d actually come ‘up North’!

As short a time ago as 2011 mindfulness practice was seen as bit of cult! I was teaching a regular Thursday night mindfulness class at Namaste Yoga Centre in Belfast and I had the only small sangha in Northern Ireland but I really didn’t think that there would be enough interest and understanding to have Thay visit us. But on this retreat I spoke to Brother Phap Lai or Brother Ben as he is also known. Brother Ben is a monastic in the Plum Village tradition and he is from Yorkshire, so he knew about Belfast and our ‘troubles’, he asked me “are you not going to invite Thay to Belfast?” I was like, “Well I’d love him to come but I didn’t think he would…” Brother Ben said that indeed he just might and that I should invite him. So mindfulness Ireland very kindly let me put a paragraph in the invitation letter inviting Thay to Ireland asking him to also come to Belfast.

In June 2011 I got word back – he said YES! I nearly died, OMG now this was going to really happen, how could I make it happen?! I made an appeal on Facebook (how else?!) and many people replied offering to help. I had a meeting at my house and in the end a small committee was formed with myself and Karen Lynch and Peter Doran as the main activists. Of course, we had the help and support of many others including those in Mindfulness Ireland but it was a very exciting time to be organising such an exciting event. Thay was coming to Belfast and just any old place but to Stormont and Parliament Buildings.

A lot of energy and work went into the event organising, Thay would be giving a talk in the Senate Chamber to invited guests including politicians, business people and journalists. This was a big deal! I also happened to be working in Stormont at the time, as Civil Service Press Officer. I was placed in the Department of Social Development and the Minister was Nelson McCausland of the DUP (Democratic Unionist Party).

The day before the event I happened to meet Nelson on the famous steps in the hallway of the building – “will you be coming to see my monk tomorrow?” I asked him (invitations had gone to every MLA). “Why would I do something like?” that he replied. I was too overcome with excitement to give a coherent answer. Why wouldn’t you he’s amazing or something like that is probably what I replied. But I really didn’t care who would be there in the audience, the mere fact that Thich Nhat Hanh would be in Belfast talking to local people walking on our soil seemed unbelievable to me and if others couldn’t see how wonderful it was well that was their misfortune! As far as I was concerned it was dream I couldn’t even dare to dream come true.

Later that day at the Stormont Hotel, Thay arrived, driven by the husband of one of the Dublin sangha – he got out of the car and he was exhausted. He’d just come from a teaching tour of the UK and Ireland. Giving a public talk to 2000 people in Dublin and his only retreat in Ireland to 500 people in Kilarney. I had attended both events too and could understand why he was looking quite old and tired and tired at this point. He didn’t say anything and the other monastics accompanying just took him into the lift and up to his room. I was worried – was he ok? Will he be able to talk tomorrow?

The next morning bright ‘n’ early at Parliament Buildings everything was in order, people were starting to arrive for the event, many volunteers were helping. I went to the side door to wait for Thay to arrive. His car pulled up and he got out and came over to the door where I was waiting with some concern. “Sunshine” he said smiling and gesturing to the sky. I was flooded with relief; he is ok! And yes, it was a sunny day, all would be well. That was word no.1!

I took him (with some of the other monastics including Sr Chan Khong, if you are a Plum Village fan you will know her) down to meet the Speaker of the House, Willie Hay, DUP.  They chatted and exchanged gifts and I was just amazed! Then he sat with the Monastics in a waiting room where a few people asked him to bless candles and things like that – obviously I wasn’t the only person in Northern Ireland to know who he was! J I went down to the Senate Chamber to check if everything was ready for him and then went back to escort him.

At this point I could barely breath with the excitement, surely once people heard Thay speak they would like me fall in love with him, convert to Buddhism and there would be peace in the land? I really think I was thinking something like that… Anyway, I stood at the doorway of the room he was in with the other monastics and basically said ok everyone let’s go.

They all deferred to him, so he was at the start of the group and I had to lead because I knew the way. I didn’t want to walk in front of him so I walked beside him and I was overjoyed to be so close to this wonderful man who to me is simply the Buddha incarnate!

As a Press Officer at the time I was wearing one of my customary wee ‘outfits’, a red and white dress with a black jacket and red high heel shoes. Things I hardly ever wear now in my life as full-time mindfulness teacher. Parliament Buildings is all marble floors and I clippity clopped along beside him positively vibrating nervous excitement. He put his hand at the small of my back and said “walking mediation.”

Wow. Words 2 and 3. A powerful reminder to slow down, breathe and enter the present moment. I did my best…

We got to the private area outside the back entrance of the chamber. Things weren’t quite ready, I checked and we had to wait. Thay said “photo?” Word 4. Wow again – I really didn’t have the presence of mind to think of such a thing! How very lucky I was to have my trusty iPhone 4 at the ready, we sat together and one of the monastics took the photo above. Amazing.

He gave a wonderful talk which you can watch here (it would be a whole new blog to talk about that – maybe next anniversary!) and we went again out to the back, waiting area. There was also to be a walking meditation after the talk. About 300 people from the general public had shown up – I’m sure if he was able to do it now we would at least triple that figure. Nowadays even in Northern Ireland mindfulness is much more well-known and understood.

I said “Thay, there are lots of people waiting for you to do the walk along the Stormont mile. There are TV cameras too. Would you like to have a rest before you go (I’d been told he may like a rest) or we could go now? So rest or go?” He said “We go!”  Words 5 and 6! And with that he took off walking mindfully but honestly quite fast! I clippity clopped along, keeping up, and was stunned by the sunshine, journalists and crowds as we walked out the front doors of Parliament Buildings.

I moved back into the middle of the crowd then, my work was done. My dream had come true, I was so happy. Other people could walk closer to him. This was enough and I couldn’t ask for more. There was positive media coverage of the event in the local media, and the whole event had been a huge success. I can’t say anything changed immediately but in the years after his visit it is clear that the seeds of mindfulness we planted that day are blooming.

Sounds like a plan or a poem to me. x 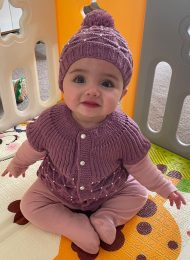 My wee Beddy boo is 8 months old tomorrow and never have I seen such joy than that which comes from her, she loves to 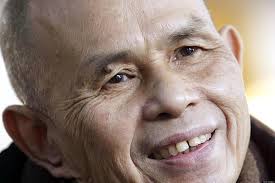 Dear Thay, my teacher, the Venerable Thich Nhat Hanh died on the 22 01 2022 in Hue, Vietnam, the place he was also born on 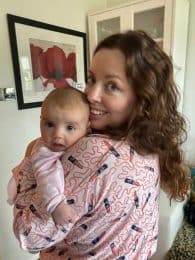 Did you know I had a baby on 7 June 2021? An everyday event but for me it was HUGE. She is the most amazing 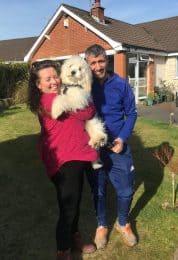 Celebrating one year of zooming…

Thursday 19 March 2020 was my FIRST ever online zoom mindfulness class. Little did any of us know that we’d still be zooming exactly one 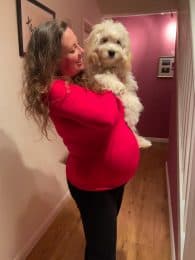 Buddy’s gonna be a big brother! 🐶 Right now he’s my number one baby I told him his sibling was coming soon and he ran 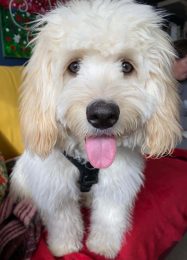 They call it puppy love…

For Valentine’s Day 2021 I put the a pic of my hubby and my puppy up on Instagram (click the link to see the pic),